The Building of a Foundation

The Building of a Foundation

Start where you are. Use what you have. Do what you can. ~ Arthur Ashe, First Black Wimbledon winner and Presidential Medal of Freedom recipient (1943 –1993)

In the mid 1920s, four forces converged to create the Dude Ranchers’ Association (DRA):  the creation of a National Park System; the economic boom following WWI; the railroads need for passengers on their new routes in the west; and the nation’s fascination with the western culture of the cowboy. For almost 100 years, this new organization of independent ranches opened their gates, invited guests to cross their cattle guards, and extended western hospitality to the traveling public of the world. These ranch “families that took in friends” used horses to help unlock the mysteries of the west, behold the majesty of its public lands, and understand and participate in the lifestyle of the cowboy.

The full history of the industry and the DRA – Read More 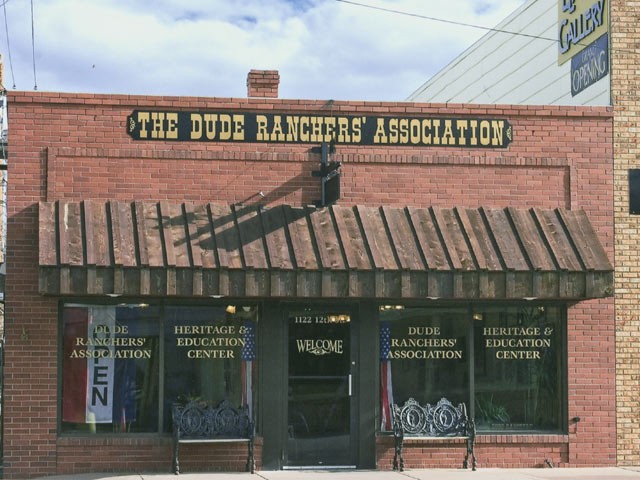 The Dude Ranch Foundation (DRF) also had four forces that helped it grow out of the DRA.

The first force: Scholarships. In the mid 1980s, an auction was held during the DRA’s annual meeting. Proceeds were used for a variety of projects and marketing. However, several Board members and Executive Directors Mark and Amey Grubbs felt the money should help defray the educational costs of individuals wanting to work in the Dude Ranch Industry.

For about four years, the funds were collected and disbursed on a very informal basis. However, in 1991, the DRA formed the Dude Ranch Educational Trust, a Wyoming tax exempt 501c3 organization. The Trust was administered by the Executive Director of the DRA and its Board served as the Board of Trustees. Since its inception, the Trust has given over $450,000 in scholarships to 270 students.

The second force: Heritage Center/Museum. For over sixty years, the DRA had no permanent home.  Whoever was the Executive Director moved the Association’s office into their home or nearby office space. In 2001, Sarah Stevenson and Russell True, dude ranchers and DRA Board Members, began a movement within the Association to purchase a permanent home for the DRA. At that time the Executive Director lived in Cody, WY and ironically, a building was available across the street from the historic Irma Hotel.

The Association realized that for them to create a successful fundraising program, all donations would have to be tax deductible. After consulting with lawyers and accountants, the Dude Ranch Foundation Trust was amended to include the new “Heritage Center and Museum.” Doug Van Berkum, a Colorado dude rancher, headed up the fund-raising and within two years, with sizable gifts from Sarah Stevenson, the True family, the CM Ranch and Dick Elder, ownership of the building was realized.

The third force: Horse Safety Program.  Also, in 2001 the insurance industry started setting horse safety standards for the liability policies issued to Dude Ranches. These standards were not based on dude ranch and loss experience but on English riding standards and “livery” stables. Cheri Helmicki, and the board of directors of the DRA spent several years surveying, compiling and then publishing a set of Horse Safety Standards, procedures, and lesson plans for both owners and wranglers of Dude Ranches.

This program was folded into the Educational Trust. The Trust entered into an agreement with the largest liability insurer of dude ranches to use its program as the standard for evaluating the liability ratings of ranches. Since then, owners, managers and wranglers who complete the DRF’s Safety Program receive a certificate of completion that qualifies the ranch for possible reduced rates for their liability insurance. An annual Horse Safety Survey of Dude Ranches gives the DRA and insurance industry current trends and actual data to update standards and training.

The fourth force: Professional Counsel. In 2019 the DRF foundation realized to make the Educational Trust all that it could be they needed some outside counsel, so they reached out to Cree Zischke, a former banking executive and current Foundation “expert” who with her team Torey Hodges of Battle Born Design are helping the Dude Ranch Foundation to raise money for our many programs.

In the coming years we look forward to fine tuning our current strategies, creating additional programs and services in conservation and increase our endowment fund.

We invite you to join us as we seek to preserve the history and expand the knowledge of America’s dude ranching industry through the Foundation’s Dude Ranch Museum, research archives, educational and safety programs, support for workforce development, and land and resource conservation.